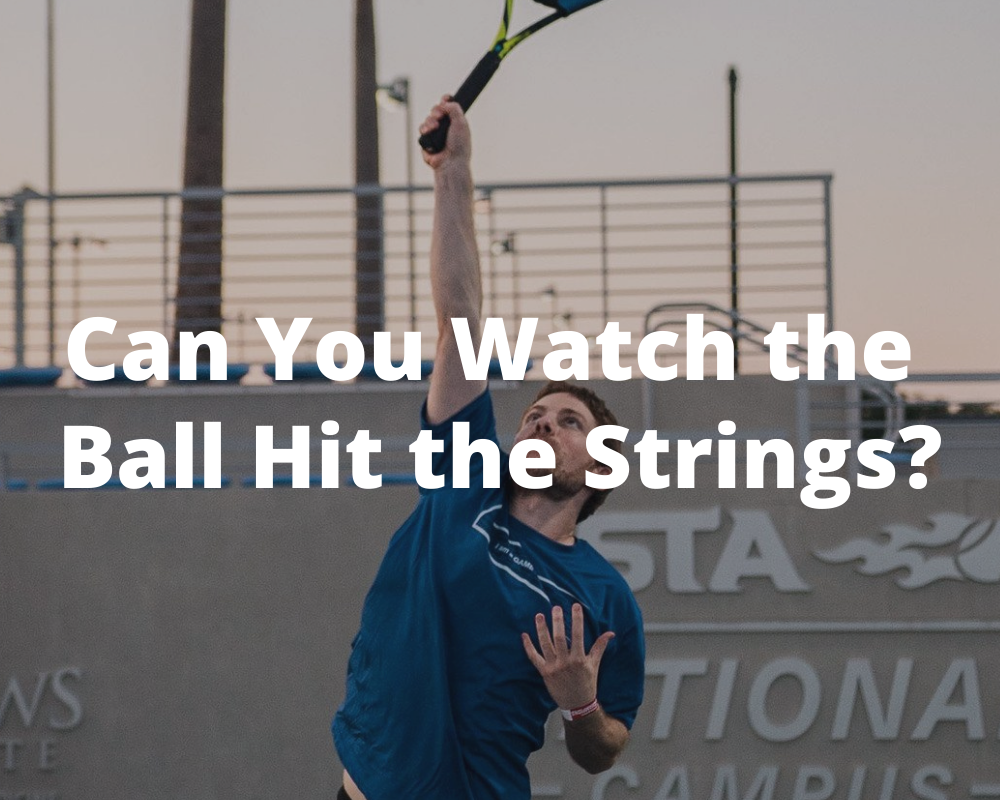 Tennis Coaches Are Great Communicators – BUT …

The average full-time teaching pro and coach teaches 2,000 hours a year. Every 10 years of coaching means 20,000 hours of TALKING! Is it a wonder that they are mostly great communicators? That’s a lot of practice time talking! They talk probably as much as a hairdresser!

In this Blog, let’s talk about the idea of telling someone to “Watch the ball!” …

Years ago, while coaching tennis and playing tournaments in Hawaii, I saw a pro teaching a lesson. The woman he was teaching was new to sports in general and it was her first lesson. He kept telling her “Watch the ball hit the strings!” Over and over again, he said “Watch the ball hit the strings!” She would hit one, mishit the next and then, after struggling for five more minutes, she threw down her racquet in frustration and screamed “I am watching the ball but I can’t see it hit the strings! Can you?” The teaching pro was stunned! He didn’t know what to say!

The truth is that it is IMPOSSIBLE to see the ball hit the strings. That “event” takes place in 3 to 4 milliseconds, or 1/250th to 1/333rd of a second. BUT … catch this …the human eye can only process events as fast as 1/60th of a second. This is why we see a regular light bulb as a solid stream of light, while the fact is that it is flickering on and off 60 times per second. Our eyes cannot see events faster than 1/60th of a second. That is our human threshold.

So, it is IMPOSSIBLE to see the ball hit the strings.

BUT we can train ourselves to keep our head steady since a moving head or moving eyes during that short moment of contact will cause mishits. This is called GAZE CONTROL. Keep your eyes focused on ball when it travels through the space from 3 feet away from your racquet’s point of contact all the way to the strings. We have two eyes and peripheral vision. Spanning that 3-foot area with a steady head and steady eyes is very doable!

Now that we have that point established, we need to find out how we know when we hit off center. You see, the fact is that recreational players hit off center an average of 9 out of 10 balls. And, surprisingly, the top pros hit about half of their shots off center, albeit probably their off-center hits are less distance from the sweet spot than you or your friends (me included!).

What can you do about it? Mishits are a huge challenge for tennis players at ALL levels! When you miss a shot, usually it is because you hit off center! So, serious players take more lessons, play more matches, hit on ball machines and backboards more … but NONE OF THOSE THINGS WILL HELP REDUCE YOUR MISHITS! You need something VERY specific to give you direct feedback so you can find your way to lower your mishits in a BIG WAY!

What if I told you that you could fix this in a matter of 5-10 five-minute practice sessions?

And, what if I further told you that the cost would only be $29.

Yes. That’s it. No strings (except the ones in your racquet!). No hidden fees. AND, you don’t have to spend hours sitting in front of your computer screen.