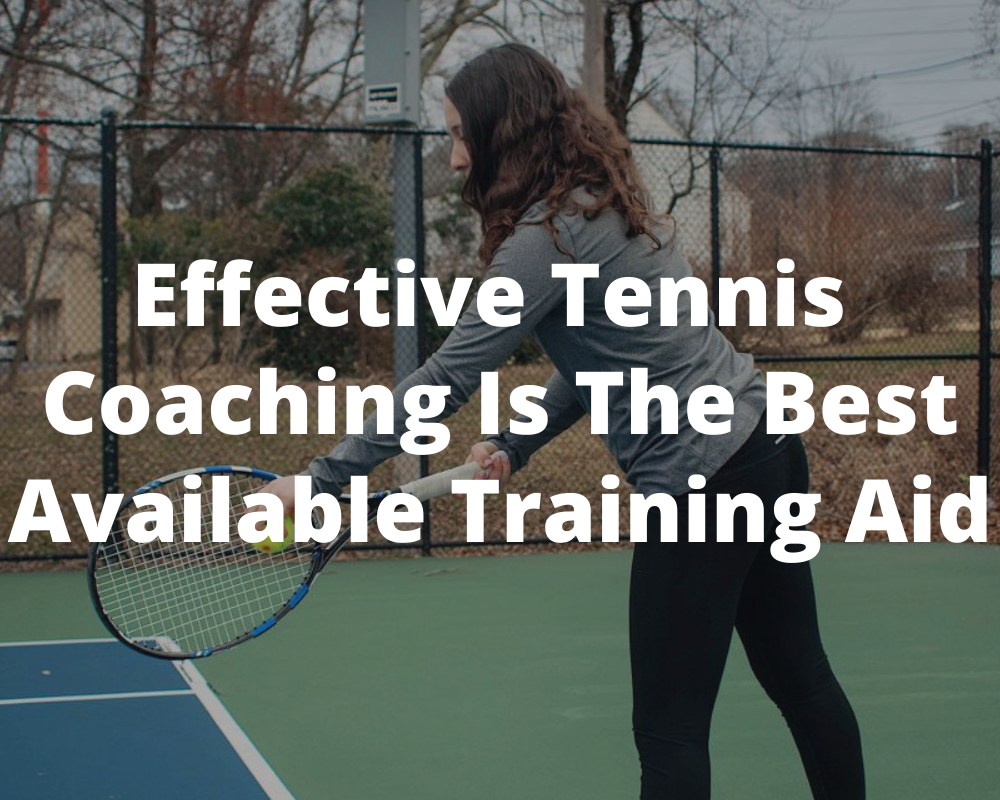 On the surface, tennis seems to be a wholly physical game. The blend of timing, movement, speed, control, and power all speak to the massive physical needs in order to excel at tennis.

But underneath that, we have a mental game that compares to chess. Each player must think what they want to do several steps ahead and anticipate what their opponent might do.

And this must be done in just fractions of a second. All while your opponent is trying to outsmart you, too.

How to Teach These Skills

While we now know that Tennis is a big mental game, how do we actually go about and teach it to others?

For the most part, there are 2 ways of teaching.

Whether it be math, baking, the states and their capitals, or tennis; we learn mostly from other other people telling us what to do, what to know.

One way of teaching is the more old school approach of simply barking orders and facts at the student until they know it.

The more modern way is give very little direction, simply give them the material that’s important and let them figure it out for themselves.

So, which is better?

Well, neither. Or both.

If you take a little from each camp you will have, what we like to call, Guided Discovery.

Guided Discovery is when you give them enough information to get started and to understand why that information is important. A good example of this would be a tennis grip. You show them how to hold the racket, what the grip is called, and why it’s good. Then you let them get the tactical experience of using the grip.

They’ll lose the grip and find it. Their accuracy and power will be off at first. But they’ll slowly gain it back and more. You’ve Guided them to the Discovery of a better grip by using just enough commands to understand the subject matter, and then you allow them to feel it for themselves.

One of the best ways to implement Guided Discovery is by asking a lot of meaningful questions. This technique is effective not just when you’re coaching tennis, but anytime you want someone to learn.

When you ask the right questions, you get the student thinking, even if they don’t have an answer. When your questions are fine-tuned, you can help a student figure out the real answer on their own.

You’re coaching a student and before the other player serves, you ask your student, “What are you planning on doing against this serve?”.

The first time you ask this question you most likely won’t get an answer. Or you might get something simple like, “hit it back”.

But you’ve already planted a seed of learning and discovery. There is obviously more to the ‘right’ answer than just the return. Now they’ll start digging into the situation to find the right answer.

What can they do against this serve. Lots of things. They can set up the tempo for the point. They can exploit weaknesses or play to strengths. Once the student is aware that they can learn and think in this capacity, they’ll have marked improvement.

But if you were to simply bark an answer to the student, they won’t have the chance to learn and to think. Thinking, on its own, is an imperative skill to have. And just like footwork, volleys, and forehands, you can improve at thinking.

The Benefits of Making Decisions

A tennis player is alone when they’re out on the court during a match. A coach can not speak to the player between every point. This means, in order to be the best coach you can be, you have to teach your students how to make decisions when they’re isolated on the court in a big match.

Every single shot in a match is a problem that needs to be solved mentally first. If an average set of singles has each player striking the ball 150 times, that means there are 300 problems your student must solve; 150 shots hit by their opponents and 150 shots they must hit.

And this just gets harder when these problems must be solved in just fractions of a second, one right after another.

These ideas are all well and good, but how do you actually go about training your tennis students. Don’t worry, we got you covered.

Here are a few basic exercises that will help athletes of all levels to start making calculated decisions on the court.

Ball rotation (topspin, backspin) is an imperative thing to recognize on every single shot your student faces.

To hone this skill have someone that can hit with topspin and backspin for both their forehand and backhand groundstrokes. Have them rally from the baseline.

The student, on the other side, will call out what spin the ball has as it’s shot towards them. They should be able to make the call before the ball crosses the net. For simplicity’s sake, have them call out ‘top’ for topspin and ‘back’ for backspin.

With time, your students will be able to call out the spin of the ball simply by the swing path of their opponent. A high to low swing will always generate backspin while a low to high swing will create topspin.

You can also do this will other elements of the ball, such as speed, arc, placement, and for dropshots.

For speed, have your student call out ‘slow’, ‘medium’, or ‘fast’ when someone is alternating speeds at them from the baseline.

For arc, have your student call out ‘low’, ‘medium’, or ‘high’ and have them move to ball so they feel the correlation of arc and depth.

For placement, have your student call out ‘cross’, ‘down’ (for down the line), or ‘center’.

And lastly, for dropshots, have your student call out ‘drive’ for a normal groundstroke and ‘drop’ for a dropshot.

With time, your student will be able to recognize all the qualities of the ball in just a nanosecond and already prepare to return the ball in the most optimal way.

We’ve only covered 50% of the decisions a player will have to make during a match. The other half is about making smart choices where and how they hit the ball. This is commonly known as playing high percentage tennis.

But simply making one good decision over and over again will only get you so far. At the highest levels, you need to be able to change up your placement, speed, and rhythm to get your opponent off balance and get them to start making mistakes.

To practice this all your student has to do is try to maintain as much similarities as possible on every single swing while creating discrepancies in spin, speed, arch, and placement.

They can do this with a ball machine or another player. If they do have another player, have them guess the spin. As your student becomes better and better at disguising their shots, the other player should only guess right about half the time.

With time, you student will be able to utilize small micro-movements in the hands, wrists, and arms to be able to keep their shots disguised.

It may be best, at first, to have your student work on arc, direction, and speed first before trying to tackle spin because spin is the hardest element to disguise.

And remember, you’re just looking for enough misdirection that their opponent takes slightly longer to react correctly. A few shots in this manner can completely unravel their opponent and let them take the point.

Once past the physical movements, Tennis is revealed to be one of the most mental games in existence. In order to hone the mental muscle, you must be able to teach with Guided Discovery, a nuanced blend of directions and exercises.

Leading questions help your students to treat Tennis as the mental game that it is and can breathe new excitement and energy into their game.

And, finally, Tennis is a game that mirrors life. When you teach your students to become problem solvers, you will not only have a Tennis player that is better at the game, but a human being better at living life.