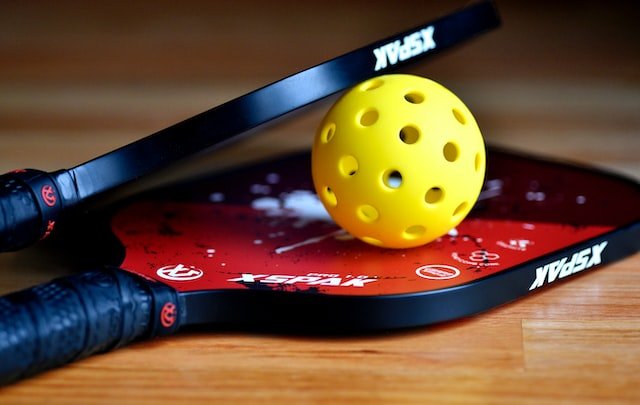 Players of all skill levels can use tempo to their advantage.

For most casual and amateur players, tempo will be their primary weapon versus people who hit the ball really hard, bangers.

The problem with power for most players is that they lose their plan.

They try to match power vs. power, quickly turning the match into a frenzy of super-fast decision-making.

If you’re not the best in this situation, your game can fall apart quickly.

But the thing about bangers is that they need a little help to do what they want to do.

Bangers use the shot coming to them to channel more into their shot.

But you can severely disarm their strategy by completely changing the tempo and using more and more dinks or other soft, well-placed shots.

You are changing the tempo of the game.

Your opponent set the tempo, and then you took it back!

But tempo isn’t just a valuable tool when you’re versus players who can fire the ball.

Players that are intentionally changing the tempo of the match have an edge. If you’re better than your opponent at the slow, thoughtful game, you should look to slow things down as much as possible.

And even in this case, imagine what a randomly hard shot may do to your opponent, even if they are a banger.

Most players just go with the flow. They don’t realize that they can be in (some) control of that flow or that others may use it against them.

The next time you play or watch a match, think about the tempo of the play, and it will start becoming apparent.

Players at peace with the match’s tempo tend to be more confident on the court. These players never seem to rush a shot when they don’t have to while rarely being caught off guard.

They’re not psychic; they’re just reading the tempo and are aware of how it can change and flow.

Even if you’ve never really practiced tempo before, you can still try it out. The next time you’re playing, the game’s pace is at a stable tempo. Now, change it up. Go hard. Or go soft.

But make a change AND expect what may come back at you. If you already know you’re going to slow things down on your next shot, you should already be thinking about how your opponent will respond and what kind of shot they can muster back.

Every pickleball player in the world has experienced tempo in their matches, whether they know it.

With just a little bit of knowledge and intentional practice, tempo can become a powerful tool at your disposal.