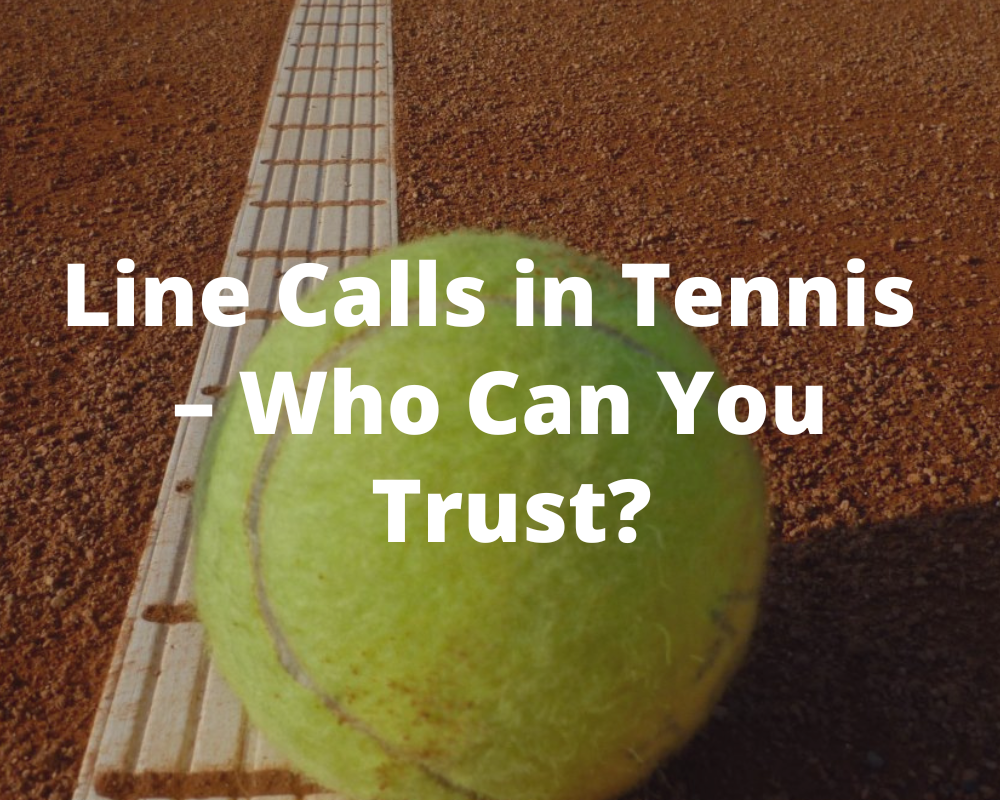 Google “bad line calls and tennis” and John McEnroe is in the second listing. When John McEnroe was playing the pro tour, it was electrifying, and not just because of his tennis talent. He regularly created the kind of drama that also made the “Jerry Springer Show” so popular. People like controversy, and McEnroe created enough controversy to satisfy the appetite of a street fighter. I don’t know why people are entertained by over-the-top behavior, but they do. Clearly, McEnroe trusted his own vision on close line calls way more than he trusted anyone else’s. And he expressed his opinion with tantrums. You have to wonder if he 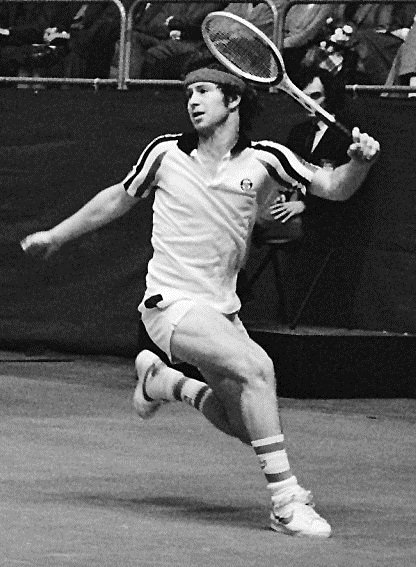 missed the chapter in high school science that dealt with the human eye and what it can and cannot see. Part of this article will include what John clearly didn’t learn in high school.

What percentage of the time was John McEnroe correct when he challenged line calls? From the USTA website, “John McEnroe has been wrong frequently when put to the “Hawk-Eye” test. In fact, during the 2005 WTT season he was wrong nearly every time that he challenged a call. One would think that he would be right closer to half the time, but that was not the case.”

To reality check your own visual capacity, have a friend place a dozen balls around the baseline, randomly placing some just inside the baseline, some touching just some part of the baseline, and some just barely outside the baseline. You stand on the opposing baseline and try to judge which balls are good or out and have your friend keep score. You may be surprised. Even when you are standing still and even when the balls are stationary, it will be very hard to precisely and confidently see whether each ball is in or out. Why?

There are two scientific reasons why we cannot tell whether a ball hits the opposing baseline or not.

Let’s start the discussion by looking at a standard eye test. We’ve all seen the Snellen Eye Chart, the original version of which has been in use since 1862!

If you can read line 8 from 20 feet away, you have 20-20 vision. So, if someone with 20-20 vision looks from baseline to baseline (78 feet), how accurately can he/she judge whether a ball that lands close to the line actually hits the line or not?

To help answer this question, the Snellen Eye Chart (shown below) says that a person with 20-20 vision can read the line of letters with a font height of .56 centimeters (less than 1/4th of an inch). At the 78-foot baseline to baseline distance, the corresponding height of the 20-20 vision line of letters becomes 7/8ths of an inch. While a tennis ball is about three times that size, it is the space between the ball and the line or the overlap of the ball and the line that gets too small to see. 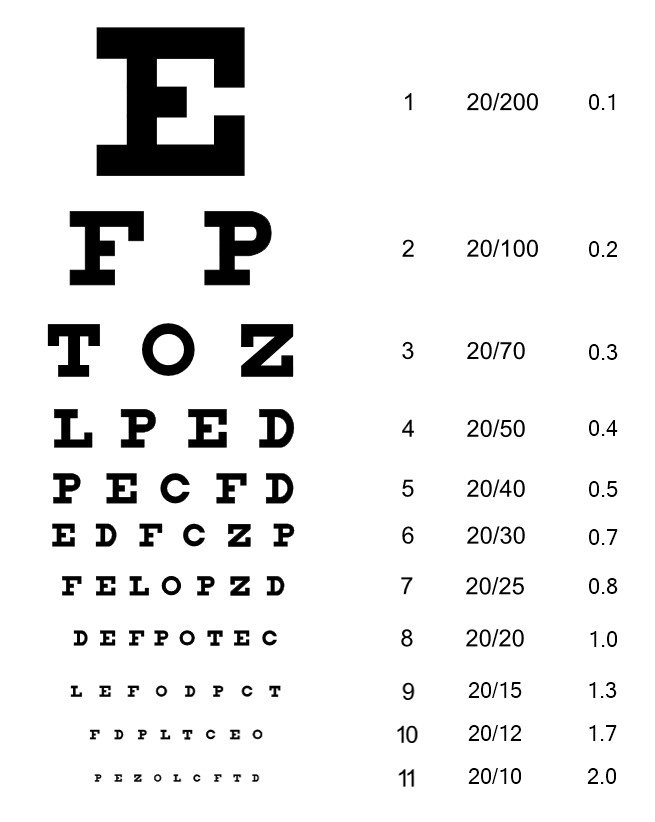 A 50 mph ball will stay in contact with the court 2-4 milliseconds if we use the commonly accepted dwell time for a ball in contact with racquet strings. Note that 4 milliseconds is only 1/250th of a second. Since the human eye sees movement cycles only as fast as 1/60th of a second, it is clear that we cannot actually “see” the ball hitting the ground. It happens too fast. Our brain connects various dots to create a line of flight, but we really don’t see the details. Here’s a slow motion clip that shows how short an event the bounce of a tennis ball really is.

EVEN SPIDERMAN WOULD HAVE TROUBLE CALLING LINES!

Based alone on the 2 reasons above, is it possible to clearly judge whether a ball you hit landed on part of the opposing baseline or just missed? Even John McEnroe would have to admit the impossibility of seeing this event! Heck, even a comic strip hero like Spiderman would be challenged to make accurate line calls in tennis.

To further the argument that accurate line calling on close calls is a very difficult proposition, we have to also consider the many variables that compound the difficulty. These include:

See this short video clip courtesy of the ITF:

Another fact that argues how nearly impossible it is for players to call balls that land close to the lines is that the ball can roll and skid when it bounces. Above is a close up of a ball bouncing and skidding on a flat surface. Imagine trying to confidently know if your shot touches a little part of the line or just barely misses it when you are standing on the opposing baseline! 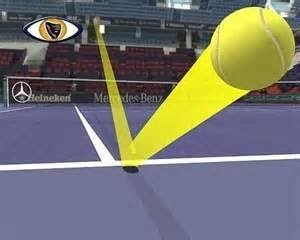 why Hawk-Eye makes mistakes is that tennis balls compress every time they bounce. And, that compression varies from shot to shot and from surface to surface, depending on ball speed, spin, and trajectory, among other factors. The ITF video clip showing the “skid”that balls make displays this challenge. So, while Hawk-Eye is clearly a big improvement to human visual capacity, it is still far from perfect. But, while it is true that Hawk-Eye technology may have a margin for error of +/- 3-5 mm (note: 5 millimeters = less than ¼ of an inch), it’s not quite as bad as it sounds. It is still a big step up in

So, in that fateful science class which McEnroe probably missed, he may have learned that it is totally illogical to think we can call balls on the opposing baseline if they land close to or just barely on the line. We are simply playing “connect the dots” in deciding whether a ball landing relatively close to the line is actually “good” or “out.” Sorry, John, these are just the facts.

If you are completely disillusioned about getting a fair call on a tennis court, whether intentionally called wrong or not, you can take home at least one thing from this article. In recreational play, the rule of etiquette on line calls is “Give the benefit of the doubt to your opponent.” Translation: If you do not see a ball bounced clearly out, call it good. Chances are your opponent will treat you with the same respect and you will sleep better at night. That will help you play better the next day, anyway.