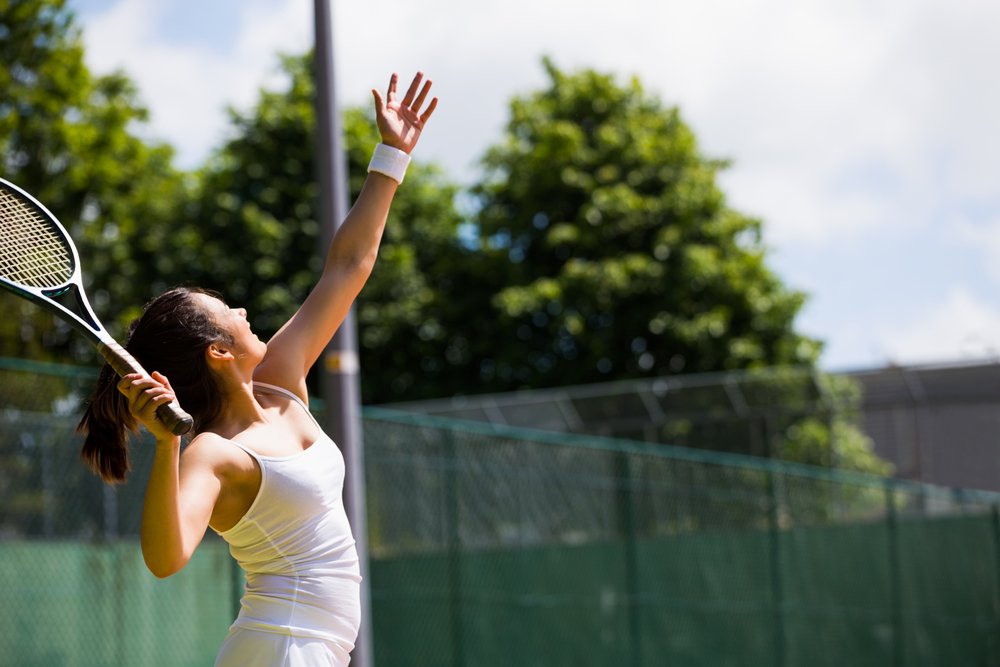 A solid second serve isn’t something that just happens. You need to work for it. And when you focus specifically on the second serve, your whole game benefits… even your first serve!

Let’s look at how to make your second serve your first priority.

Some players may think that when it comes to practicing serves, that’s all there is to it.

When they have to do a scary second serve, they might just try to take a little bit off of their regular serve.

When it comes to practicing the second serve, try two ways.

The first way is to just hammer in some attempts. Getting the feel of a second serve needs lots of reps.

But, to make practice more match-like, practice your first serve like usual and then follow it up with a second serve. That is one rep.

Going between first and second serves is a skill in itself, one we can practice.

Before a match, when you’re doing your warm-ups, practice second serves along with first serves.

Some players will only warm up with their first serve, trying to hammer it repeatedly. This can make the 1st second serve you do feel uncomfortable.

A spin serve is highly recommended for second serves.

With practice, you’ll become very accurate with this serve while not giving your opponent an easy return.

Another benefit of spin serves is when you start adding them into your first serve repertoire.

Breaking out a spin serve every now and then will keep your opponents on the back foot; never sure when you’ll be sneaky.

As you gain skill, developing both a kick and slice serve will give you even more tools to use!

While the second serve may not be practiced too often, the number of times it becomes key in deciding a match-winner can be incredibly high!

The second serve does need specific practice. And, when you do, your whole game is that much stronger.