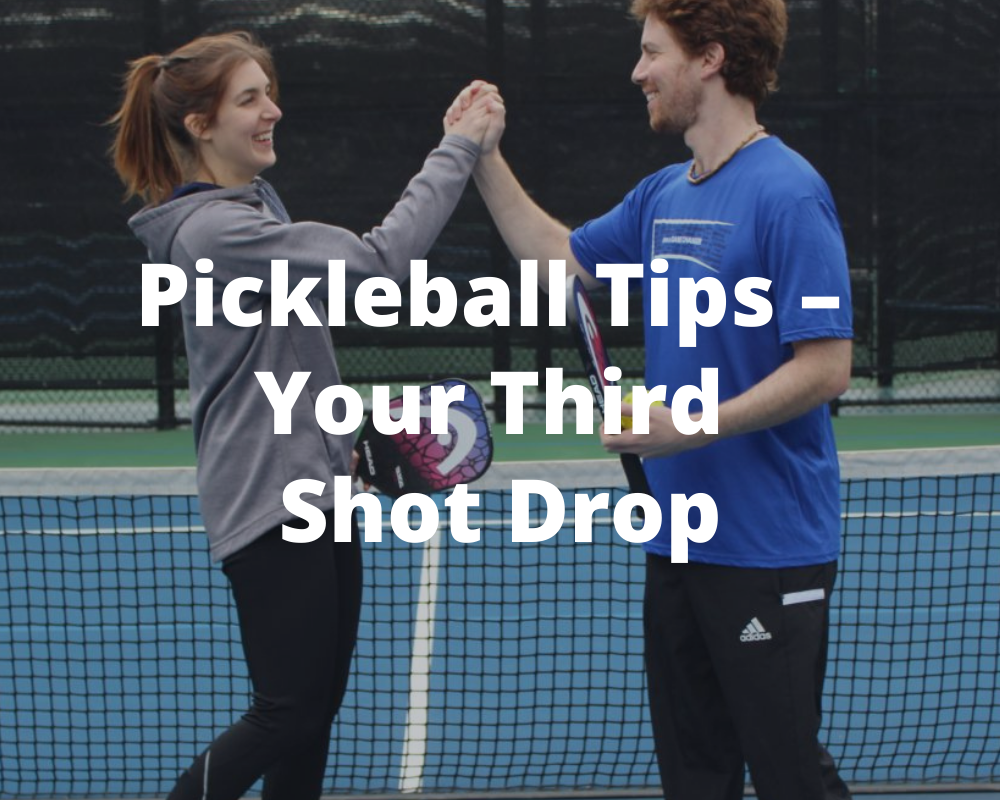 Why Every Player needs to focus on their Third Shot Drop

Pickleball is such a unique game.

You can, with minimal setup, get a game going with a friend.

Or, if you want to practice alone, you can go from not playing to running drills, in a matter of minutes – just about anywhere.

Even though there is so much access to the game, people simply don’t practice enough.

But it gets worse.

When they do practice, sometimes they’re not focusing on the right thing.

For instance, the third shot drop is one of the most important shots in pickleball, and it’s only becoming more and more important as the game improves.

Before we get into that, let’s discuss the third shot drop, so no one is left behind.

Pickleball is like a chess match. Each move in chess is not trying to win, it’s trying to set up the win.

That’s how pickleball is, especially as players nowadays are so skilled and knowledgeable. It’s simply rare to just beat a player with the first shot.

The third shot drop is THE moment when the serving player starts getting the advantage back.

This is huge for trying to get that put away shot on the fifth shot.

The better your third shot drop is at taking the edge away from your opponent, the more lethal your fifth shot can be.

Here are a few tips for getting the most out of your third shot drop!

We already went over this, but it’s absolutely worth repeating. Before your matches, before your drills, it is vital that you understand what the third shot drop is all about.

A change in advantage.

Without this understanding, you might be focusing on the wrong aspects as you go through your drills.

Practice how you play

This is a very important concept for all practices and drills, not just third shot drops.

You have to practice like you’re in a match. How you practice WILL be how you play. So treat it seriously. If you find yourself too tired at the end of drills, make the drills a little bit less intense.

When you’re too tired during the drill, your technique will be flawed and you’ll unintentionally develop bad habits.

For the third shot drops specifically, a key thing that many players miss when it comes to replicating a real match is their positioning.

This gives them a lot of room and they quickly think, “wow, I’m really nailing this shot”.

But then, during a real game, they realize that they’ll get destroyed if they serve and then take a step back. So, they step forward. They play aggressively. As they should. But now all that practice is wasted. They have so much less time to act and they’re on their way to losing the point and the match – even with all that extra practice.

As you practice, stand a few feet IN from the baseline. Really mimic an actual game. These micro details will make the drills a little bit harder but you’ll be vastly more equipped for real matches.

This coincides with the last point.

Now that you’re standing in a good and aggressive position, you have to use more footwork to attack the ball as it comes to you, instead of letting the ball play you.

This footwork will usually just consist of a shuffle and step or two shuffles. But you’ll quickly realize that the drills are that much harder – require much more from you. But, in payment of that difficulty, you’ll receive a greater increase in the skills that are core to the best players in the world.

Really hammer in these small details, but luckily, because of your stellar positioning, it’ll feel completely normal.

The shot itself is not a true swing, it’s more of a punch or a push, like a dink with an extra amount of follow-through to get the shot to its destination.

Another aspect of the shot is in the hips.

Because you’re moving forward, or sometimes backward, you need to have your hips squared and facing the opponent.

A lot of tennis players will be used to turning their hips 90 degrees when they take a shot.

That does not work in pickleball. Keep your hips squared and use your feet to put you in the right spot to execute your punch shot.

Another great way to maximize your third shot drop practice is to have a visual target.

A big, bright visual target helps you develop a level of precision and accuracy that will help you against opponents of all caliber.

In a pinch, you can use a towel or an extra shirt, but using specifically designed targets helps add clarity and confidence to your drills.

A ball machine is pure gold for learning just about any shot, but especially the third shot drop.

Because you’re facing a shot off of your serve; the movement, spin, trajectory, and speed of the ball you’re hitting is unique.

A ball machine is one of the only things, outside a real game, that can produce that kind of shot. And in a game, you don’t get to practice the shot over and over again.

The ability to reproduce an important shot like the third shot drop and really hammer it with focus and intentionality vastly increases how quickly you improve and how good you are at facing the shot. It’s really unbelievable.

Unlocking a mastery of the third shot drop will transform your game to such an extent, you’ll be kicking yourself that you didn’t focus on it sooner.

Luckily, that’s in the past! Now get out there and really see what you can do! 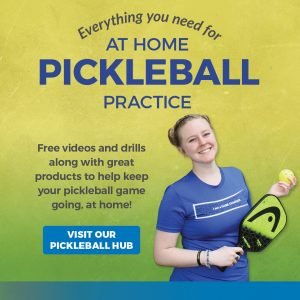 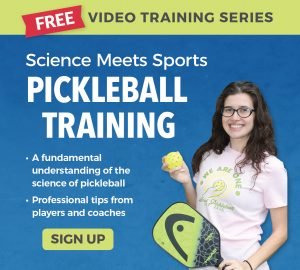