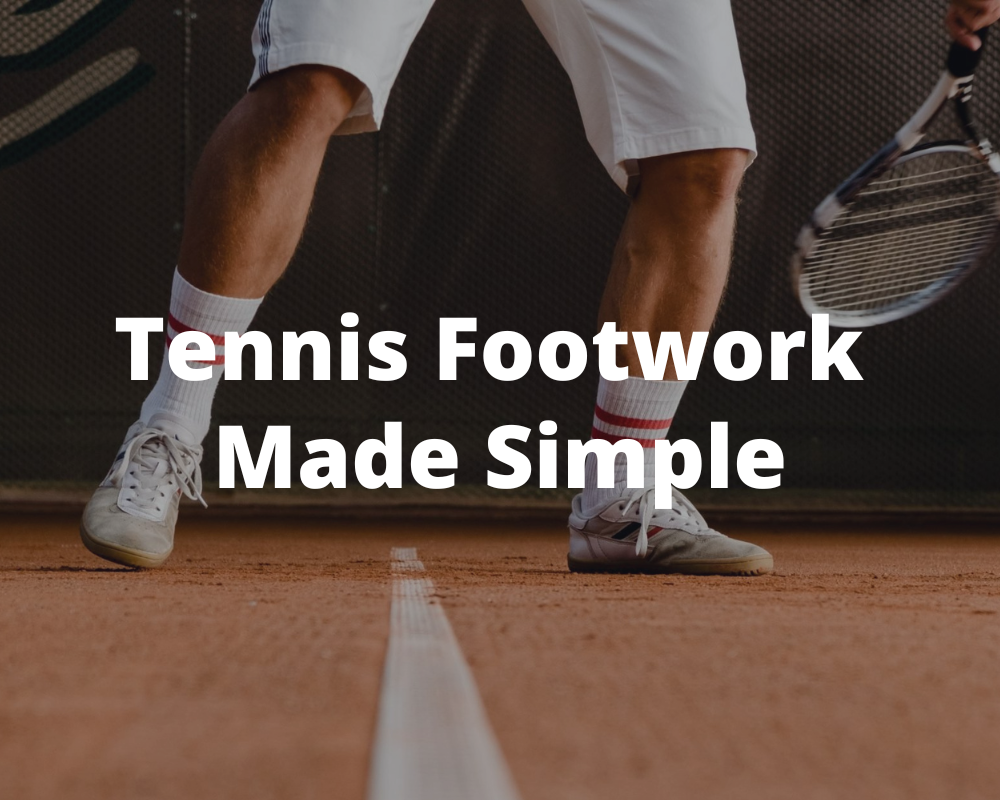 Science is a good thing. But the almost endless amount of opinions on the ever-growing worldwide web can easily create confusion and over-analysis for the average tennis player. Slow motion cameras allow us to identify patterns in top players and enthusiastic coaches share that information freely all over the internet, of course with their own individual interpretations. On YouTube alone, a simple search on tennis footwork brings up countless tips. In fact, while writing this article and scanning the first page of YouTube searches alone, there are nearly 400,000 views of video clips on tennis footwork.

Why is footwork so important? At a coach’s workshop, I once shared that “A ball is not a dog. It won’t come to you. You have to move to it!”

Most players can be taught to stand in front of a mirror and in a short period of time, they will be able to shadow swing beautifully. Then they get on the court and their swing changes drastically, seemingly for every shot! The reason is when they are not rushed by a ball and are just standing in front of a mirror; a relaxed and fluid swing is relatively easy. It’s when we get rushed that we get tense and everything changes, often for the worse. This is true in life and on the court.

Dealing with the pressure of the incoming ball has prompted tennis coaches and teaching pros to emphasize early preparation, movement, and balance for decades.  From movement experts, tennis coaches commonly identify four elements of successful movement:

With this in mind, coaches and physical trainers encourage players to practice drills that help them move more effectively. Players with speedier and more efficient movement skills always improve their competitive results. After all, any player who prepares earlier for incoming balls is going to improve their playing level. No question about it.

How Many Movement Patterns Do I Need to Learn?

Faster movement is not always synonymous with the most efficient movement. This dangles a second carrot. Coaches and players naturally wonder, “Now I can move faster, but how can I also move more efficiently?” In recent years, improved technology has allowed the more studious and analytical coaches to review pro footage and isolate various footwork patterns. Each comes up with their own theories on how many “basic footwork patterns” should ideally exist in tennis, what should each be called, and when each should be employed.

Now, don’t get me wrong. This current wave of opinions and the almost limitless amount of available information is a good thing … to a point. It can also be terribly confusing for the average recreational player who sincerely wants to improve. This dedicated player may be a TennisOne.com subscriber since Tennis One offers the service of wading through most of the sometimes contradictory opinions and presenting the best of the best. The point of this article is to try and simplify some of the “facts” about footwork, in an effort to save the recreational player from needing a graduate degree in movement physiology before they play their next league match!

Here are my suggestions about what the average recreational player needs to know about improving their footwork. This obviously does not cover “everything” about footwork, but this list of tips is a good starting point and any player who actually masters these 7 concepts could start thinking about a career in professional tennis!

There are three common overused instructions recited repeatedly by tennis teachers and coaches all around the world in languages and countries too numerous to list. They are: racquet back, bend your knees, and watch the ball. The first two center on preparation and movement. That’s how critical these important elements are to improved play. And, if you don’t like the term footwork, try thinking of it as footJOY and increase your fun while you improve!