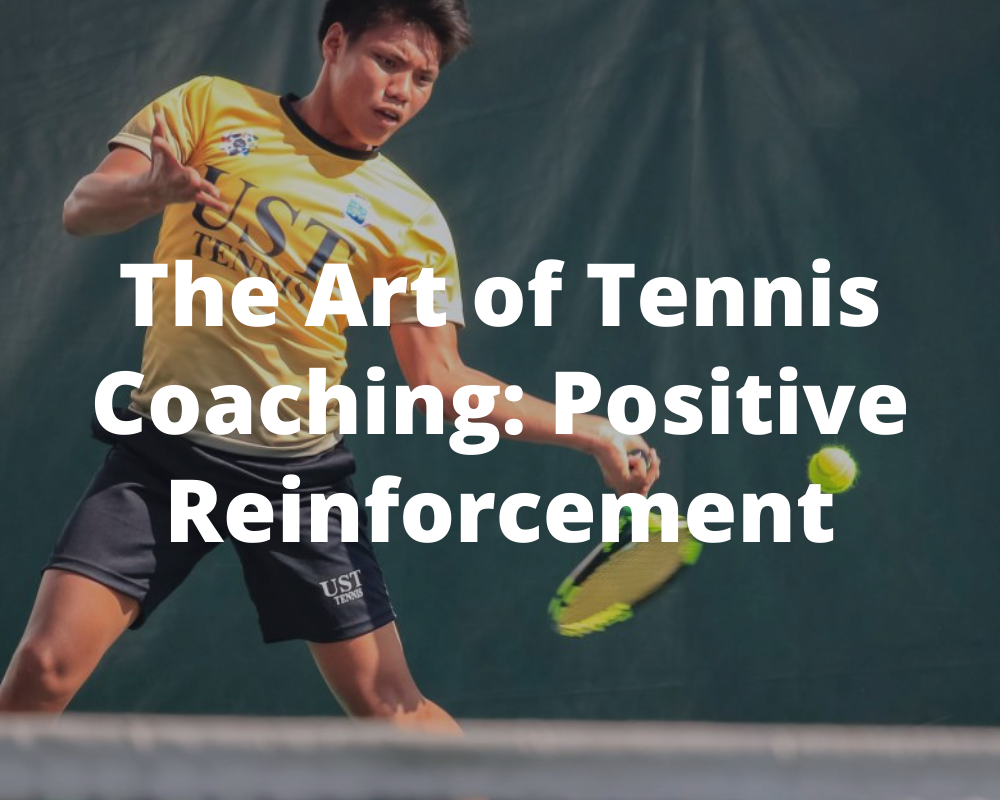 How a parent or tennis coach can build confidence

Tennis is all about quick decisions, and we all know that decisiveness is the fruit that grows on the tree of self-confidence. On a tennis court, the proverbial “can-do” attitude is ripe with potential. And, since this trait is more nurture than nature, positive reinforcement from parents and tennis coaches will go a long way to root that positive outlook into the persona of a young athlete.

Positive reinforcement has many faces, with the basics cemented in the following five habits of successful tennis parents and tennis coaches.

There are also many creative on-court drills and exercises that can build self-confidence and decisiveness in young tennis players. Here are a few examples:

The Concept – Although this drill idea works well with any shot, let’s focus on the overhead smash since it is a shot that is predicated by confidence and decisiveness.

How it works – Feed lobs to the player and have him or her call out with enthusiasm, “Oh great, it’s a lob!” While repeating this affirmation may be forced, the benefits outweigh the contrived showmanship. The goal is for players to convince themselves that they actually like hitting overheads and to set up early enough to complete the phrase before striking the ball.

The Concept – This drill is one of my all-time favorite confidence building exercises. By design, it encourages calculated risk-taking alongside explosive and decisive play. Its sole purpose is to give positive reinforcement to the tennis players who go for their shots with confidence and without fear.

How it works – Two players play a competitive regular set. The competition is not outcome or score oriented. In fact, the most fearless player will almost always come out ahead. In each game the players are individually allowed up to four “courage” points that can be replayed. The only requirements are that they can only call out “replay” when they are the ones who made a mistake while going for a shot. Points cannot be replayed if the ball is hit into the net. With these simple guidelines, players will quickly realize they should go for their shots since they have little to lose and everything to gain.

The Concept – The name of this drill comes from the sweet feel of hitting a tennis ball so clean that it feels effortless. We’ve all felt the difference between that sweet feeling and an off-center hit.

How it works – In this exercise, two players hit baseline to baseline (or one feeder and one hitter). Players then call out “sweet” when they hit the ball very clean in the sweet spot of the racket. The goal is to not only become more sensitive and hit a higher percentage of clean shots, but also to learn the footwork and positioning required. The result is positive reinforcement through identifying high quality shots.

The Concept – Besides the serve, there’s no shot more important than the return. In order to return serve well, players need to be decisive by planning in advance where they will hit their returns on every point. By accomplishing this task in practice, players will gradually move to higher and higher levels of play.

How it works – A coach or parent supervises two athletes playing a set. The coach stands to the side of the player who is returning serve. The receiver says out loud where he or she is planning to hit the return. For example, the player might say, “If the serve comes to my forehand, I will hit down the line. And, if it comes to my backhand I will hit crosscourt.” Since some players will occasionally forget to call it out, enforce a rule that if the return is not announced to the coach, the point is immediately awarded to the server.

The Concept – This drill is designed to help players stay positive and cool-headed in the face of adversity. One of the most challenging situations in competitive tennis is when a player must play in the face of distractions from either an ill-behaved opponent or an adversarial group of onlookers.

How it works – Two players play a competitive regular set with one unusual rule modification. The players are encouraged to trash talk one another, including being able to talk in the middle of a point. The obvious benefit is for players to experience play under adversarial conditions and to remain cool-headed, focused, and positive.

If you make these basics of positive reinforcement your code of behavior, you’ll be on a shared journey to many great years of tennis. Miss the boat on this one and you may find your trip cut off. Your junior tennis player will inevitably look for fun and self-esteem elsewhere. Players who ooze self-confidence and decisiveness on a tennis court tend to play the game for life and do better at the game of life as well.

Check out the final article in this blog series right here “The Art of Tennis Coaching: Guidance Systems“