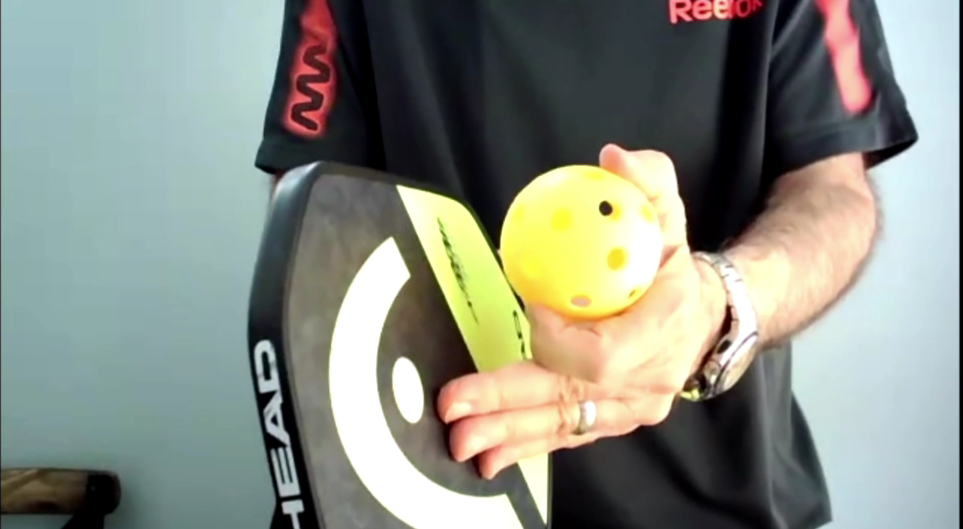 The following is a transcript of part two of the Game Changers Webinar.

One of the problems in tennis, you know, we talked earlier about the fact that people shouldn’t be thinking too much. The less they think, the more they’re capable of getting in the flow or getting in the zone as coaches in all sports say.

So, one of those things is that tension is, you know, if we held our arms like Billy, if you help hold your arms close to your body right and you don’t have to squeeze, but you can squeeze, Kalindi, you too. And then hold the arms away or drop them down to your side. And which one do you feel more relaxed when the arm is in or when it’s out?

Yeah,  out. There’s no, because fewer muscles are firing. But people get tense because they’re thinking and they’re worried about succeeding or failing with each shot, and that tension brings things in, and they start contacting the ball too close to their bodies, right?

So, when they do that, I’m going to stand up so you’ll see me. In pickleball, it looks like this. You know that they’re just kind of shoveling the ball and pushing it in here, but they don’t want to be here.

So if you could swing it 100 miles an hour, your ball speed would be 135 That would be top players in the world serving. If on a groundstroke, which is an intermediate to advanced-intermediate, a person could swing it 50 miles per hour, then they would be effectively getting a ball speed with a tennis ball of about 67 and a half. You had 35% and you get 67.5%.

So, loose is good, right? And tight and tense is not good. So, in the case of Pickleball, we’ll go back.

We call this and, a bit of a funny name, but you know, why not? It’s a little catchy. This is called the Space Aid. And it’s got a hole in the bottom, and you just slide it on. You just turn your paddle handle here.

And then when you’re swinging, you can’t get too close because you would feel that dense foam hitting you, right?

So, therefore, you can hit, and it gets you more of a distance. It’s called spacing or space between you and the ball, and it effectively relaxes the arm.

On a tennis racket, that same product. Just goes on the butt of the racket. You hold it in the same place, and again you get space, which relaxes the arm, increases the swing speed, increases the ball speed, and that’s called the Space Aid.

It comes with you know, pictures, instructions. Little poly bag, inexpensive, easy to use. What does it do?

It speeds up improvement, and it is a kinesthetic aid primarily, a little bit of visual because you’ve got- if you look at it, you’re going to see that space. And that’s some, that’s one of our more recent products that we just launched.

So it helps, to see a problem. And figuring out how to help people to correct those situations, seeing a challenge more easily, and kinesthetic and visual aids are the way to do it. It’s really that simple.