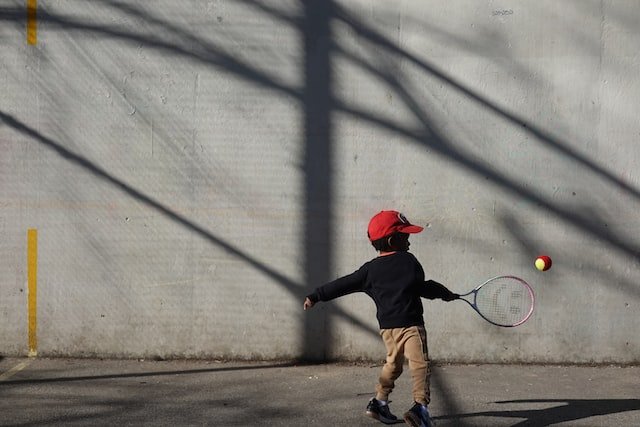 And why we should listen to them

Everyone knows that acquisition of customers (or players) is much more expensive than retaining them in the first place. An executive with Club Corporation of America once told me, “You have to sell a ton of French Fries for every lost member at a club.”

And, since our battle theme these days in the tennis industry is to fight the tide of turnover, the topic of this article is highly relevant to the mission of keeping people in the game. For example, here is one dramatic statistic:

“71 million Americans have tried or ‘sampled’ tennis in their life and no longer play. Of these people who tried tennis and didn’t continue, only 3% have any interest in trying tennis again. Why? Their initial experience was not positive.” Jim Baugh, Volunteer President, Tennis Industry Association.

The Tennis Welcome Center campaign is a significant way to improve our statistics. But, one other concrete ingredient is missing if our pursuit of success is to reap effective results. That ingredient is dramatized in the following example that hit me very close to home.

The first time my daughter won her first USTA sanctioned 10-and-under tournament, she received no trophy, no medal, no prize, nothing! Then, that same week, one of her friends came home from a soccer match and lost. But, she has a small trophy. Why? Because she participated in the league and showed up to play! And the league showed her appreciation for it.

While writing this article, I thought it would be interesting to ask a couple of my daughter’s friends what they thought about receiving awards. So here’s what two of them had to say:

Sarah takes dance classes and said she received her first trophy after just a few months for a performance. Everyone performer got a medal or trophy, receiving their awards on stage in front of an audience. Now ten years old, she still remembered every detail about that first trophy and each one since. She now has a shelf in her home to display her medals and trophies proudly. She says the importance of receiving awards, “It helps me stay with it. It makes me think that if I keep doing it, I will get more awards and get better. It is very helpful to make me stick with the program.”

Another friend named Sally is nine years old and is into ice skating, dance, and gymnastics. She explains that the children in her classes are divided into small groups, and most receive some reward or, at the very least, regular small prizes and gifts to recognize their efforts.

Sally’s younger sister is four years old and has already received a medal for participating in Little Gym, an after-school activity group in Dallas, Texas.

What’s interesting about this is that this last award took place at a private business, and it’s clear that they are doing this to get an edge over their competition, namely the other companies in the area competing for the children’s business.

On receiving medals, Sally said, “It gives you support. It makes you feel good and makes you want to keep on going. It lifts your spirits. It really feels good when you stand up on a raised stand, and people see what you have accomplished during the year. It just makes you feel really good.”

Now, let’s compare tennis to ice skating or dance. In those two activities, there is practice leading up to a performance. For children, the performances usually last just a few minutes.

In tennis, the children practice leading up to a competition. But, the competition can last for hours, sometimes in hundred-degree weather. What do the tennis-playing children receive as recognition for their efforts? Most of the time, nothing. Frankly, it’s shocking. It’s no wonder we lose so many children to other activities.

If you were seven years old and your friends who played tennis had no awards, while your friends in soccer, ice skating, and gymnastics all had trophies and medals on display, would you stick with tennis? It’s doubtful.

Another question is, “Are participation awards only important for children?” Not by a long shot. Adults need that sort of encouragement as well.

Odds are if you took two novice adult league teams participating in a league. Give one team participation awards, and don’t give the second team anything.

Second, track their participation. I guarantee that more players in the group who received participation awards will stay in the game.

What’s the cost? For $2, $3, and $4 per person, your player retention will increase. It’s a small cost that is easy to build into any program and has significant results.