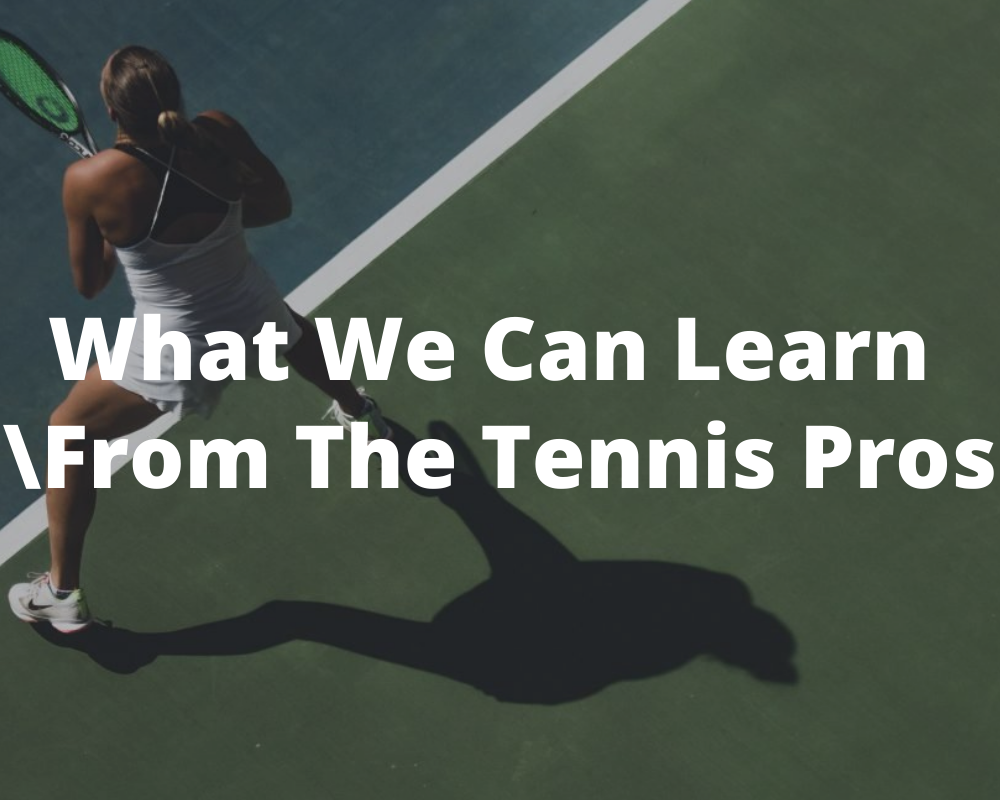 Not too long ago, tennis would only be aired on TV about 4 times a year during the Grand Slams and maybe the occasional Davis Cup or Fed Cup match.

Luckily, that trend has changed.

You can find a ton of different top-level tennis on broadcast television.

And when you throw in internet live streaming and recorded videos, you have more tennis produced each year than most would see in a lifetime.

This is great for not just those that enjoy watching tennis or sports in general, but especially those of us that want to study the pros and introduce what we learn into our own game.

Professionals have a lot to teach us. Not only have they refined and practiced every element of the game, but they also have an entourage of supporters, including coaches, hitting partners, fitness trainers, managers, and more; with one focus: to create consistency.

The greatest strength professionals can teach us is that of consistency.

For a professional, the commitment and dedication to consistency starts the second they wake up and lasts until they fall asleep.

The professional, along with their team, work diligently to create a pattern their player will follow day in and day out.

We’ve seen it throughout all sports. Iconic baseball stances, pregame rituals of NFL superstars, and on and on.

While we cannot devote the same amount of time and dedication as a professional, we can learn about their rituals and adopt them into our own lives.

You can be more active while watching your favorite tennis professionals, instead of just taking notes.

A fun exercise is to pretend you’re one of the players on the court. On most broadcasts, you’ll have a perspective that the closest player has their back to you, while the player on the far side of the court is facing you.

Pretend you’re the player closest to you. Stand up, in a stance, and pretend to hold a racquet. As the serves and shots come to you, the closest player, try to read the ball and the play and show either a forehand or a backhand.

You may be wrong a lot at first, but with time you’ll be honing your skills to recognize the small details that make the world’s best players so quick and decisive.

The explosion of the popularity of tennis and the unprecedented amounts of broadcast on TV and the internet gives us such a unique opportunity of learning from the world’s greatest players.

By adopting not just what they do, but understanding why they’re doing it, you get to experience a professional level of tennis insight that was previously only available to very few.